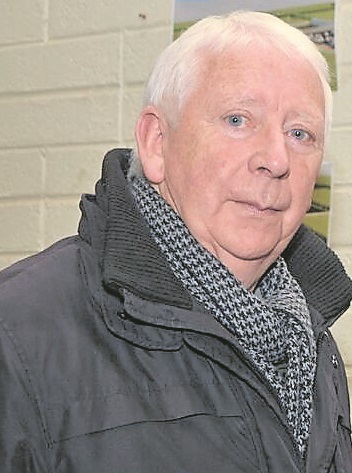 Download our mobile app to hear more about Thurles Sarsfields.

Given his family background and the involvement of the Thurles Sarsfields club in the life of his late father, Gerry, his uncles Tommy, Mikey, and Danny, and his brother, Jimmy, it was inevitable that Paddy would follow in their footsteps. Paddy’s prowess as a teenager saw him play for Tipperary minors for three years, winning two All-Ireland medals in 1957 and ’59 and he was also on the Tipperary minor football team in 1959.He won county minor hurling honours with the club in 1957.

His elevation to the great club senior hurling team of the latter half of the sixties followed with the first of his seven county senior hurling medals won in 1959. Five more followed from 1961 to ’65 as the club equalled its own record of five county senior titles in a row. Paddy was still a key figure when the club next triumphed in the Dan Breen Cup in 1974 – this time as a defender, having previously operated in attack.

He won an All-Ireland senior hurling medal in 1965 and travelled to the United States with that team. Paddy had all the attributes of a top-class player, and while he will be best remembered as a speedy, skilful, free-scoring forward in the great team of the sixties, he was equally at home at half-back, starring in the number six shirt in the 1974 win over Silvermines, a versatility which reflected his wonderful natural talent for the game.

His playing career over, Paddy continued to immerse himself in the life of the club and took charge of the club’s senior hurlers that reached the county final on a number of occasions. The success he longed for with the club eluded him but in 1984 he steered Moycarkey-Borris to county honours and three years later he went one better as he led Borris/Ileigh to county, Munster and All-Ireland club titles.

His talent was also in big demand at inter-county level and he managed the Tipperary team which reached the 1987 All-Ireland minor hurling final. In the early 1990s, he was in charge of the Laois team that won division two of the National Hurling League.

He was also a driving force in the revival of camogie in Thurles in the sixties and early seventies when the club won several county and provincial honours and were narrowly beaten in the All-Ireland final in 1971.

Paddy also gave generously of his time to club administration and under his chairmanship the club’s social centre here opened in 1977, a hugely significant event in the history of the club which benefitted immensely from the enthusiasm and leadership he provided to bring it to fruition. At the time of his death, he was Vice-President of the club.

Outside of GAA matters Paddy was a top-class Badminton player who along with his brother, the late Jimmy, and team-mates in the Thurles Badminton club were regarded as one of the top outfits in the country in their time, with a litany of county and provincial titles to their credit.

In all of these activities Paddy’s commitment was never less than one hundred percent and it can safely be said that he has few, if any, equals in terms of long and distinguished service to the club.

May he rest in peace.

Get Active for Easter Club Fundraiser: "On behalf of the ...

Get Active for Easter Fundraiser: The club would like to ...